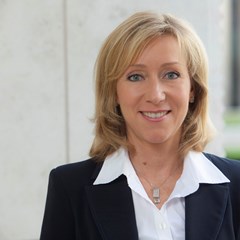 Welcome to the Global Compensation and Payroll Services (GCPS) Hub. Organisations with a global presence deal with the compensation packages of their assignees - to be processed in different payrolls, paid in different currencies and taxed under different jurisdictions. It is a constant challenge for employers to comply with both internal and external compensation & benefits arrangements, tax and social security regulations.

The short summaries provided below give an initial overview of the changes that are likely to be of greatest interest to you. More detail is provided in the attached newsletter.

We are pleased to attach the latest edition of our Global Employment Taxes Newsletter. We hope you will find this helpful and please do let us know if you have any questions or need any further support on any of the matters raised.  We would be happy to put you in touch with the relevant local expert.

The Government has published its final proposals for reforming the off-payroll working rules from April 2020 for the Private Sector and while the public sector legislation has fundamentally been mapped across to the private sector, there are some additional changes which Public Authorities will now need to incorporate in how they manage and comply with these new changes.

Australia: Final guidance on applying STP to inbound employees on a shadow payroll

Australia introduced real time payroll reporting from 1 July 2018, similar to other jurisdictions around the world. Known as Single Touch Payroll (STP), each pay event must be reported to the Australian Taxation Office (ATO) on the day of payment, providing the ATO with real-time visibility over the accuracy and timeliness of organisations’ payroll processes.  The ATO previously announced an exemption from STP reporting for a certain class of globally mobile employees who are inbound to Australia until June 30, 2019. The ATO now has released its final position on how STP will apply to inbound assignees who are paid from a foreign payroll.

The Government has now published its response to the off-payroll working rules consultation and associated draft Finance Bill clauses. Going forward, the rules for the Private Sector and Public Sector will generally be aligned in treatment, other than for small Private Sector businesses which will be exempt.

Australia has introduced real-time payroll reporting from 1 July 2018, similar to other jurisdictions around the world.
Read more...