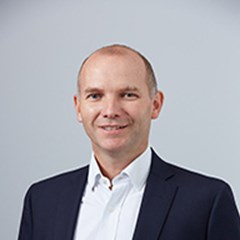 The Chancellor will outline his vision for the UK economy in his annual Budget. Keep checking this hub for in depth analysis from PwC specialists.

Reactions to the Chancellor’s Budget - the road to recovery

Watch the recording of this live session held today (Thursday, 4 March 2021) where we explored the latest tax issues and how they will impact businesses, following the Chancellor's budget announcements.
Read more...

Following the UK Budget delivered by the Chancellor this afternoon, this is a summary of the key announcements made that appear most relevant to the Asset & Wealth Management Industry.
Read more...

The Government has committed to making the UK a 'scientific superpower' by driving innovation to further enhance the competitiveness of the UK as a place for business. It has set a target to increase  total investment in research and development to 2.4% of UK GDP by 2027.
Read more...

After a challenging 12 months, Chancellor Rishi Sunak has delivered the much anticipated 2021 Budget.  A summary of the proposed measures and potential impacts for the Banking and Capital Markets sector are detailed in this article.
Read more...

The Chancellor delivered his 2021 Budget on 3 March 2021. Set out in this article is a summary of the key announcements from an international corporate tax and treasury perspective for multinational companies.
Read more...

The principal indirect tax announcements in Budget 2021 were: extension of the reduced VAT rate for tourism and hospitality, along with a staged return to the standard rate by 31 March 2022; interest harmonisation of VAT with other taxes and reform of penalties for late submission and late payment of VAT; VAT powers to tackle electronic sales suppression; Freeports to operate from late 2021; and reduced restrictions on the users of rebated red diesel. This article contains extracts from, and links to, the Budget documents.
Read more...

The Chancellor, Rishi Sunak, delivered his second Budget on behalf of the Government on 3 March 2021. As expected, the Budget announcements have primarily been driven by concerns regarding the ongoing impact of the COVID-19 Coronavirus (Coronavirus) pandemic, but also reflect the timetable in the “Roadmap out of lockdown” published by the Government on 22 February 2021.  A summary of the key Budget announcements for employers and employees is set out below.
Read more...

Budget 2021 includes a wide range of tax changes and there is a strong emphasis on encouraging capital spend as a route to achieving recovery in the economy. However, the direct benefits of many of the measures for investors in UK property may be limited.
Read more...

An increase in the rate of corporation tax in 2023, an extended loss carry back and an enhanced first year capital allowance of 130% are three measures that will require careful thought for companies when planning their capital investment and loss utilisation over the next few years.
Read more...

After a challenging 12 months, Chancellor Rishi Sunak has delivered the much anticipated 2021 Budget.  A summary of the proposed measures and potential impacts for the Insurance sector are detailed in this article.
Read more...

Whilst there were no increases in income tax or capital gains tax rates in Wednesdays’ Budget the exempt amounts and the income tax rate bands will be frozen from 6 April 2021 until the 2025-26 tax year. The Budget notes state that ‘this policy takes steps to ensure the sustainability of the public finances and funds our vital public services in a fair and sustainable way’.

The Chancellor delivered the 2021 Budget on 3 March 2021. A summary of the key announcements is set out below.
Read more...

On 8 July 2020, the Chancellor announced an immediate Stamp Duty Land Tax (SDLT) holiday until April 2021 on the first £500,000 paid for a main home in England or Northern Ireland.  This has resulted in SDLT savings of £15,000 on homes costing £500,000 or more. The Government had originally stated that this holiday would not be extended. However, following lobbying by stakeholders, the Government has agreed to extend the £500k holiday until 30 June 2021.

In this video Marissa Thomas shares her thoughts on what the Chancellor could include in this year's Budget.