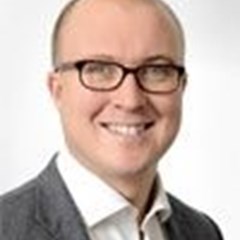 Business rates represent a significant cost, and there have been many changes to the business rates system in recent years, including, in 2017, the first revaluation for 7 years. Learn more about the changes with our business rates insights and articles.

Phil Vernon, head of rating at PwC, shares his predictions ahead of Spring Statement.
Read more...

Business rates – changes to the valuation of office properties

Business rates – changes to the valuation of office properties

For many years, there have been standard valuation practices for multi-let office buildings where different tenants are occupying different floors in the same building. A recent case has brought about changes to how multi-occupied buildings are likely to be valued. We summarise in this article the rules that have previously applied and potential changes brought about by this case that affected businesses need to know.
Read more...

The first detail of the business rates revaluation

The first detail of the business rates revaluation

The Valuation Office Agency releases draft Rateable Values for 1.94 million commercial properties today. This is the first revaluation for seven years and will include some changes to the rating system, including a new appeals system.
Read more...

Since the Government increased the level of empty rates to 100% in 2008, there's been a series of high profile court and tribunal cases to determine exactly when empty business rates will apply on empty properties. Read on to find out what these cases mean for owners and developers.
Read more...

Business rates: Changes to valuation of some multi-occupancy properties

Business rates: Changes to valuation of some multi-occupancy properties

Occupiers and owners of buildings with more than one occupier could face a further rise in their business rates from April 2015 as the Valuation Office (VOA) applies new valuation methods to multi-occupied buildings.
Read more...

Changes to business rates from April 2017

Changes to business rates from April 2017

From April 2017 1.94 million non-residential properties will be revalued for business rates for the first time in seven years. A new appeals system is also being introduced with other changes in the pipeline.
Read more...

There were no business rates headlines in the Chancellor's Summer Budget speech today, but there's a few important items of note in the accompanying Budget documents which we highlight for you below.
Read more...

The UK Government has released high level figures on the percentage changes for the new Rateable Values applicable from April 2017. In this article we look at some of the headline figures, consider the problem areas, and discuss whether you may be being overcharged.
Read more...

Business rates seem to be in the news regularly and, following George Osborne's announcement of his proposal to devolve business rates (and revenues) to local government, the system of local government funding is again under scrutiny. In the medium to long term, implementation of this proposal is likely to mean significant changes in the rating system.
Read more...

Problems caused by the upcoming Business Rates Revaluation, which takes effect from April 2017, were partially addressed by the Chancellor in the Spring Budget, but a large number of businesses will still see significant increases in their bills.
Read more...

At the Spring Budget 2017, the Chancellor partially addressed problems caused by the upcoming business rates revaluation, which takes effect from April 2017, from which a large number of businesses are expected to see their business rates bills increase as a result.
Read more...

A recent decision of the Valuation Tribunal (VTE) Ludgate House Limited v Ricketts (VO) and London Borough of Southwark (2018) will be of significance to owners of vacant commercial buildings who have installed live-in guardians to provide security to their properties. The Tribunal found in this case that the presence of the live-in guardians wasn’t sufficient to change the nature of the building from ‘non-domestic’ to ‘domestic’.
Read more...