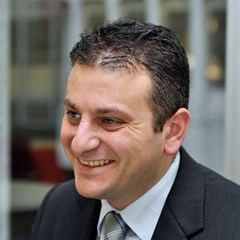 In September 2018, HMRC rolled out a pilot of an updated and altogether more in-depth BRR. This involves a greater level of detailed data being requested from companies across the taxes. It also sets out how HMRC will apply a separate risk rating for each tax regime based on three separate behavioural factors and how they will assess business on four levels of risk.

Feedback from the pilot and insights into what to expect next from HMRC were shared in the joint PwC and HMRC webcast on 19 March 2019.

The BRR pilot meetings have now ended and HMRC are using findings from them, consultations with tax advisors and overseas fiscal regimes, to finalise the greatly updated BRR.  In the webcast broadcast on 19 March 2019, Heather Wall from HMRC confirmed that the approach used in the pilot is in the final design stages and will be signed off in the coming months. To listen to the webcast in full, (click here.).

What does new BRR look like and what can you expect?

There are two striking features of the BRR; firstly, that there are now four levels of risk: low risk; moderate risk; moderate-high risk; and high risk with a separate risk rating for each tax regime. Secondly, that those ratings are based on the following behavioural factors assessed in the context of inherent business complexity: