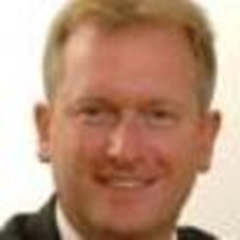 We wanted to bring to your attention a recent development around the “naming and shaming” regime which publishes names of those employers who breach National Minimum Wage (NMW).

When HMRC have concluded an NMW review and identified NMW breaches totalling more than £100, they pass the name of the employer to the Department of Business, Energy and Industrial Strategy (BEIS) to be named and shamed as a "Rogue" employer. They do not consider what led to the failure; they are required to provide all names to BEIS where a breach of more than £100 has been identified across the organisation. There is an opportunity to make representations to BEIS as to why an employer should not be named however the criteria for not naming an employer is extremely limited. Given the approach taken by HMRC and their interpretation of the Regulations, if a breach is identified it is extremely likely it will exceed the £100 limit as HMRC’s review will typically include a look back period of 6 years, and includes current and former workers.

While BEIS aims to publish the list of non-compliant employers every 3 months or so, it has now been almost a year since the last list was issued. The list published in July 2018 included the names of 239 employers who had failed to pay NMW to more than 22,000 workers.  Since then BEIS has issued a consultation on certain aspects of the NMW Regulations, principally the conditions that need to be met to achieve salaried hours worker status, the definition of a year for such workers and how salary sacrifice and deductions should be applied when calculating the NMW.  During the period of this consultation BEIS did not publish details of non-compliant employers and in effect they unofficially suspended the naming and shaming regime.

More recently there has been some debate as to the effectiveness of the current naming and shaming policy and if it has achieved the desired effect of raising awareness and encouraging voluntary compliance. Sir David Metcalf ( Director of Labour Market Enforcement) recommended the effectiveness of the current approach be reviewed and that BEIS should consider what employer information should be included in a press release should a replacement naming scheme be introduced.