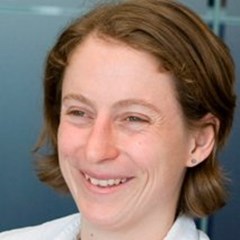 On 23 September, the new UK Government’s agenda to achieve economic growth was revealed by the Chancellor of the Exchequer (Kwasi Kwarteng) in his ‘fiscal event’.  Whilst not a full Budget, he unveiled a host of tax changes which set out a fundamental change of direction for tax policy in the UK.

On tax policy, almost all the announced measures cut taxes on workers and businesses.  In particular, the Chancellor announced the cancellation of the scheduled increase in the rate of Corporation Tax, whilst retaining the generous limits on various capital incentives which had been scheduled to fall. He also announced measures cutting across Stamp Duty, National Insurance, and Income Tax.

Following the adverse reaction of the financial markets to these measures, a number of these proposals were withdrawn in the following weeks and Mr Kwarteng was ultimately replaced as Chancellor of the Exchequer by Jeremy Hunt on 14 October.  On 17 October, Mr Hunt made his own fiscal announcement and reversed almost all the tax measures set out in the mini-budget.

The position following Mr Hunt’s announcement, so far as it impacts multinational companies, is set out below.

The key announcements impacting businesses are:

Corporation tax rate - Mr Kwarteng announced that the rate of corporation tax would remain at 19% for all profits and not increase to 25% in April 2023 as previously scheduled. In line with the freeze in the main rate, he also announced that the Diverted Profits Tax (DPT) rate would remain at 25%. Prime Minister Liz Truss announced the reversal of this measure on 14 October.  As a consequence, the UK corporation tax rate will increase from 19% to 25% on April 1, 2023, as confirmed by Mr Hunt on October 17. We therefore expect the rate of DPT to increase by the same amount, as previously enacted.

Investment zones - the Government will introduce new designated investment zones. For more than 40 such tax incentivized zones, there would be reduced planning regulation, no stamp duty land tax, no social security on the first £50k of any new employee’s income, enhanced 100% capital allowances (tax depreciation) on plant and machinery, enhanced 20% capital allowances on buildings, and no business rates. This measure will continue to go ahead, and the Government will look at how to implement them effectively.

Capital Allowances - the 100% deduction for qualifying capital expenditure will be permanently set to £1m and not reduced to £200,000 as previously scheduled.  This measure will continue to be implemented.

Adjusting super-deduction rules - with the reversal of the mini-budget corporation tax announcement, the amendment of technical provisions for the super-deduction that would have been required had the corporation tax rate remained 19%, will no longer be required.  No comment was made by Mr Kwarteng on the availability of super deduction, so it is still expected to end on 1 April 2023. There has been consultation on the reform of capital allowances, but we have not yet seen the response from the Government (expected in the full Budget in the Autumn).

National Insurance Contributions / The Health and Social Care Levy – Mr Kwarteng announced in his mini-budget that the Health and Social Care Levy, due to be introduced from 6 April 2023, would be cancelled and a Bill was introduced on 22 September 2022 achieve that. This Bill also repeals the 1.25% employers NIC rate increase with effect from 6 November 2022 for payments of earnings to (non-director) employees and for relevant termination awards and sporting testimonial payments. Where NIC is payable on an annual basis, new blended rates are to be applied to deliver a similar economic effect. This measure has not been reversed.

Repealing off-payroll working reforms - in the mini-budget it was announced that the 2017 and 2021 reforms to the off-payroll working rules (IR35) would be repealed from 6 April 2023. This would have meant that companies would no longer be responsible for assessing whether contractors hired through personal service companies are employees or self employed.  Instead, from that date, workers across the UK providing their services via an intermediary (such as a personal service company) would once again be responsible for determining their employment status and paying the appropriate amount of tax and NICs. On October 17, Mr Hunt announced the reversal of this measure.

Taxpayers should monitor further developments and possible modifications to the policy announcements. The tax changes in the new government agenda are expected to be included in a Finance Bill later this calendar year, which will need to go through the relevant parliamentary approval process. Based on a typical parliamentary timeline, this could result in enactment in the first quarter of 2023.