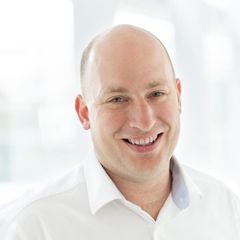 The United Kingdom (UK) Government and the European Union (EU) Commission have announced that a Deal has been agreed for social security.

From 1 January 2021, the current EU coordination rules on social security will be replaced by the Trade and Cooperation agreement, which includes a Protocol on Social Security Coordination (the Protocol).

This will ensure individuals who move between the UK and the EU after 1 January 2021 to access reciprocal healthcare cover and that cross-border workers and their employers are only liable to pay social security contributions in one state at a time. Generally, this will be in the country where work is undertaken. However, there are also provisions governing multi-state workers and detached workers posted for up to 24 months. According to the Protocol, it should be possible to obtain a certificate confirming the country of liability for multi-state workers and detached workers, although in the latter case, this is normally only possible where the EU Member State has agreed to apply the ‘detached worker’ rules.

The Protocol mandates employer social security obligations in the same way as the current EU social security regulations. This means that for individuals covered by the Protocol, both employee and employer contributions will be due, and the employer has an obligation to register with the relevant authorities to remit employee and employer contributions on a monthly basis according to domestic legislation.