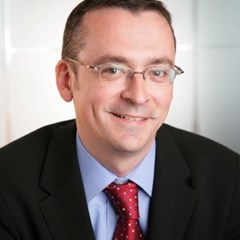 The IRS released two competent authority agreements on July 28 that the United States and the United Kingdom entered into (the ‘US-UK competent authority agreements’) to express their agreement on the application of certain aspects of the limitation on benefits (LOB) article of the US-UK income tax treaty (Article 23). The expressed
agreement is in light of Brexit – the United Kingdom’s departure from the European Union (EU) – and the United States-Mexico-Canada Agreement (USMCA), which replaced the North American Free Trade Agreement (NAFTA). Under the new agreements, the two countries have agreed that neither Brexit nor NAFTA’s replacement by the USMCA should adversely impact the ability of US or UK tax residents to qualify as ‘equivalent beneficiaries’ under the US-UK income tax treaty.

Action item: The fact that the US-UK competent authority agreement on Brexit was issued as a clarification of, rather than a change in, the shared understanding of the United States and the United Kingdom that a ‘resident of a Member State of the European Community’ continues to include a UK resident for the purposes of the US-UK
income tax treaty, means that taxpayers may wish to review their treatment of any affected payments since the effective date of Brexit (i.e., January 31, 2020).